The Summer of Chasing Mermaids (June 2015)

Coastal Oregon’s wild, untamed Pacific. A singer from Trinidad and Tobago, and a silent summer away from home. The Little Mermaid remade. Falling in love with the totally wrong (but totally perfect) guy. Awesome girlfriends who’ve got your back even when you’re at your worst. A mermaid parade, a pirate regatta, a sea glass artist. Finding your true voice, no matter who or what tries to silence you.
Read more >> 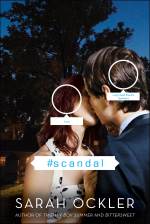 Crushing on your best friend’s boyfriend (but trying really hard not to). A mythical creatures-themed prom, complete with a horse named Prince Freckles dressed as a unicorn. An anti-social gamer girl. A quirky British journalist. Conspiracy theory club. A celebrity’s fall from grace. A mystery. Veronica Mars and The Walking Dead references. Changing friendships. A satirical romp through the crazy social media hellscape (complete with #scandalous photo drama).
Read more >>

Memories. A vintage Harley Davidson. A sexy, way-off-limits mechanic. Three older sisters who’d kill you if they knew you hired him to work on that bike. Western Colorado, by way of Argentina. A golden retriever named Pancake. A devoted daughter who’d do anything to reverse her father’s early onset Alzheimer’s, even if it means breaking those off-limits rules. Living in the moment, because the moment is all you have.
Read more >>

Figure skating dreams long ago dashed, now offering a second chance. Winter. Softly falling snow, hot chocolate, and steamy kisses. Cupcakes. Hockey boys. An adorable kid brother. Grilled cheese and pancakes, waitressing at the local diner. The quiet beauty of skating alone on the ice, wind whipping through your hair. A girl with big dreams and heavy responsibilities. Finding a sense of home and community after going it alone for too long.
Read more >> 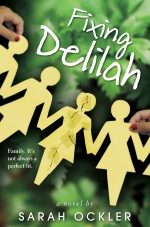 Family secrets desperate to be uncovered. The impossible distance between a mother and daughter who just can’t seem to understand each other. A Vermont lakeside town. Maple sugar candy. A tarot card-reading aunt. The boy-next-door all grown up, playing guitar and singing to the girl he’s never forgotten. Memories of a grandmother clouded with sadness. Putting the broken pieces back together.
Read more >>

A secret romance, a broken heart. The summer after a tragedy. Two best friends trying to have the summer of their lives, yet each drowning in her own private pain. Secrets that test the bonds of friendship. California summer sun. Sea glass. Suntans. Cute surfer boys. Falling in love all over again… is it even possible?
Read more >>

Collections of letters and short stories from some of the most popular contemporary young adult authors around. Read more >>